Asphalt pavement is characterized as a flexible surface. It is composed of several layers consisting of different construction materials. The layers are structured to distribute the weight of the traffic, initially by spreading it then passing it on to the layer underneath.

The following are the three primary functional layers:

1. Subgrade: Subgrade is the bottom layer created by compacting the soil to bear the load transferred from the layers above.

2. Sub-base: This is the layer above the subgrade to provide structural support. It also acts as a barrier to the contaminants from the subgrade from reaching the layers above.

3. Surface layer: This is the beautiful, top black layer that you see.

Experienced asphalt paving companies like Quality Asphalt in Green Bay, WI, install sturdy asphalt pavement the first time so that you don’t have to worry about premature failure.

The Primary Causes for Pavement Failure

A few of the reasons for the subgrade failure are the use of poor-quality soil, which is unable to withstand the load, inadequate thickness of the pavement, and heavier than the planned traffic load.

The main drivers of sub-base stability are sub-base strength, proper binding between the layers, and compactness of base materials. Below is a description of how each of these factors can fail.

A.) Sub-base strength is compromised due to the following reasons:

B.) Weakening of the binding action: Under heavy traffic load, the material particles in the sub-base and base layers start moving independently, causing the layers to move separately instead of as a whole.

Request a free estimate for our services.

4 Reasons Why You Should Hire Paving Professionals For Asphalt Maintenance

Get A Free Quote
Chat With Us

Your One-Stop Shop For Paving & Maintenance

Get A Free Quote 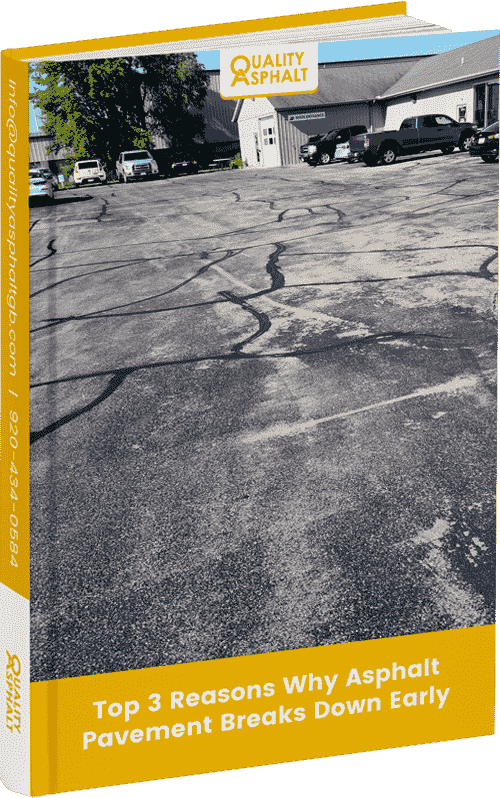